This entire session was great from start to finish so it’s difficult to single out a few highlights, but there are a number of scenes where both girls are frozen and posed. Both are triggered to become chickens and cats, leading to Elizabeth being snapped out of the suggestion while lying on the top of the sofa and wondering how she got there. There’s a very heated scene that starts with the girls finding their feet especially interesting, but as they both became very involved in the suggestion, it was changed so that Elizabeth became dominate wanting her feet worshiped, her friend feeling completely mesmerized and controlled. The orgasmic handshake to close the shoot turned out to be a very powerful suggestion as well, resulting in one memorable ending to an incredible session. 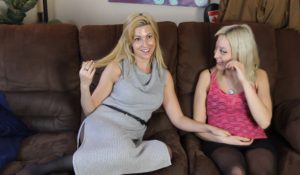 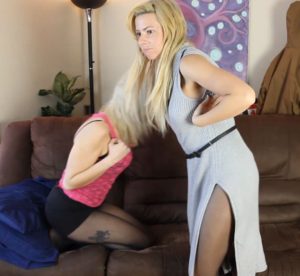