In this hypnosis session we feature a brand new volunteer in Amber, who was being hypnotized for the first time. She turned out to be a very special subject, not quite as suggestible at the start of the session, but with a little work she began to respond to our suggestions more and more. However, it was her unique way of dropping into trance that truly makes this session so captivating, her eyes rolling in classic fashion, and often remaining partially open while in a hypnotic trance. This one comes highly recommended.

Since she wasn’t as responsive to some of our more complicated suggestions, we kept it simple through this shoot, but there is a lot of her dropping in and out of trance since it was such an interesting sight. She’s frozen like a statue and posed a lot in this video as well. There’s also a great scene near the end of the session where it’s suggested we can remove her mind, as we experiment with replacing it with both a cat and a chickens, leading her to believe she “belonged outside.”

Full induction and reinduction
She becomes frozen like a statue when triggered
She is moved and posed while frozen
Instant induction with heavy deepening
She is hypnotized with a pocket watch
More freezing and posing, including standing
She opens her eyes and follows suggestions while still in trance
She repeats phrase “I am deeply hypnotized” while in trance
She drops into trance when a hand passes over her eyes
She begins to sway and move while in trance, believing she’s at a dance
She feels as if she’s becoming a chicken while in trance
She experiences her mind being taken out and replaced with a cats
She is dropped back into trance with an instant induction
She is hypnotized again with a shoulder touch during closing interview 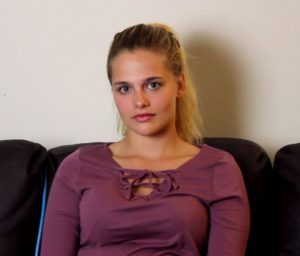 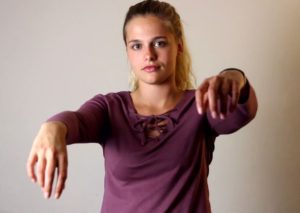