In this hypnosis session we feature Chanel, who was being hypnotized for the very first time. This was the second ever hypnosis session we ever filmed for Hypnosis On Display as well. It proved to be a special visit with Chanel turning out to be one of the best subjects we would work with. She responded to all of our suggestions extremely well and provided some of the most memorable reactions yet.

There were a number of suggestions explored in this hypnosis session, and they all got strong reaction out of Chanel. Shes repeatedly frozen, moved or posed while left in this state. She provided a great chicken transformation, triggered by a special phrase to think and act like a chicken. She becomes completely mesmerized by the camera lens, and the longer she watches it the more mesmerized she becomes. This is only to name a few highlights from one of our favorite hypnosis sessions, and you can see the full list of suggestions explored below.

Technical Note: This remaster includes entirely new editing. Since this session was my second ever, the original quality wasn’t too great, but the new editing cleans things up quite a bit. It also includes improved audio. The original video included a dead pixel or small bright dot as well, and I’ve attempted to cover that up by blurring a few pixels instead, which is much less noticeable than the dot. 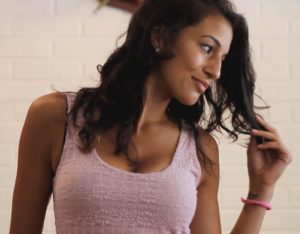 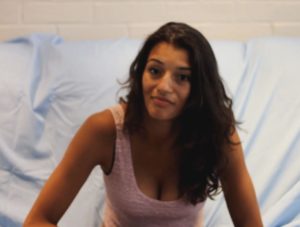