In this hypnosis session we feature the popular Ariana, who was returning for her third hypnosis session. She was an excellent subject in her previous visits and once again she found it quite easy to reach a deep hypnotic state. Since she was so easy to work with, we managed to fit a lot of suggestions and requests into this video, some classic suggestions with a few tweaks, and some brand new suggestions for her to experience. It’s also her first release we’ve decided to place in the adult section, as a few times in this visit things get a little crazy. It’s one release that shouldn’t be missed!

While we spend a little extra time deepening her trance state than her previous two visits, it’s also the longest of any of Ariana’s sessions, and includes an incredible list of suggestions explored. Almost from the start she experiences a hypnotic freeze, becoming completely stuck in place until she hears a special trigger word releasing her. She enters this frozen state many times in this video, being given a lot of her earlier suggestions this way. She experiences a number of transformations, believing she’s several different animals, including the classic chicken. She also wears costumes for a few of these transformations. She becomes a playboy bunny, offering a few different poses for the camera. She becomes a cheerleader, offering a few cheers and talking about her favorite football team. She repeatedly becomes a robot, following simple commands and being given new suggestions to follow in this state. She experiences the pleasure gun, which turned out to be quite a powerful experience for her. She finds her breasts suddenly have a mind of their own and slowly take control of her entire body in one of our wildest scenes. She also experiences a few surprises after she believes the session has wrapped up.

This is only to highlight a handful of moments from a truly incredible hypnosis session, and it comes highly recommended for new and old fans alike. 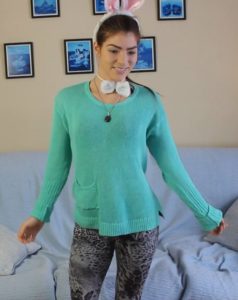 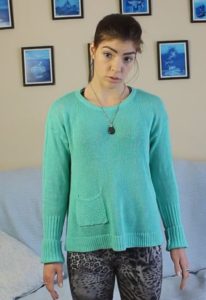 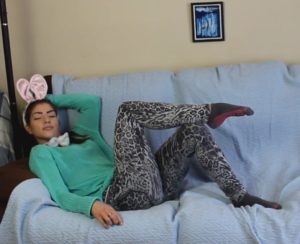