In this hypnosis session we feature a new volunteer in Casey. This was her first time being hypnotized and she was a great subject, though being naturally stubborn she did resist a few suggestions. I managed to get a lot of different suggestions into this shoot, and her responses were great. You can especially see how deep she goes each time she returns to a hypnotic state.

There was a bit of an audio issue at the beginning of the video so there’s no audio for the first 40 minutes or so, but this is only during the induction and the first number loss suggestion.

Full induction
Reinduction using sleep trigger
Can’t remember the number four
Feels stuck to the sofa
Reinduction with pocket watch
Triggered to say phrase “I am deeply hypnotized”
Several freeze scenes where she is posed while frozen
Triggered duck face
Toy gun drops her IQ
Toy gun makes her fall in love with foot
Completely falls in love and rubs foot in stockings
Camera lens mesmerizes and drains her mind
Scene cuts as the battery dies and picks up with her mind returned but she now feels like an air head
Camera lens drains her mind again
Made to feel like a chicken, trying to resist but subtle changes
Made to remove jacket and follow commands by trigger
Voice becomes muted and she’s unable to speak
Made to bawk like a chicken instead of speak
Finds herself unable to move her body
Tongue becomes swollen and sensitive
Pleasurable handshake upon departure 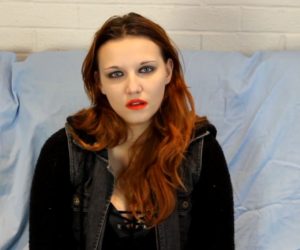 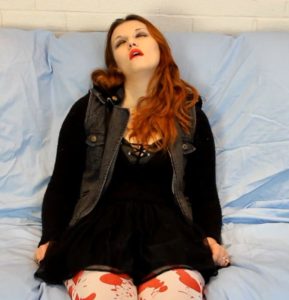