In this hypnosis session we feature one of our favorite subjects in Sophie, who was returning for her third visit. After being put through our lengthy hypnotic induction, she was very responsive to our suggestions, which is no surprise if you’ve seen her previous sessions. This is not only a content packed visit with a lot of new suggestions for Sophie, but it’s also the best quality we’ve managed to capture with her.

There were a number of great moments in this visit, showcasing more of Sophie’s personality in some of the transformations than we’ve seen before. While we explore a lot of the animal transformations that are common in our sessions, having her think and act like a cat, a puppy, and a chicken, we also explored some personality changes. We had her think she was both a cheerleader and a ballerina, as well as believing she was a mechanical robot. There was quite a few freeze scenes, where she becomes frozen like a statue and posed, also experiencing that freeze very slowly starting from her toes and moving up to her head. She experiences a pleasure gun, with a function that raises the level of pleasure all the way up to ten.

This is only highlighting some memorable moments from an all-around great hypnosis session. It comes highly recommended for new and old fans alike. 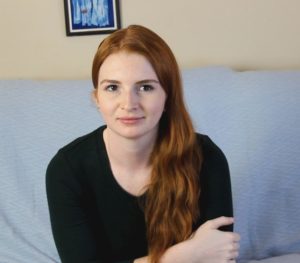 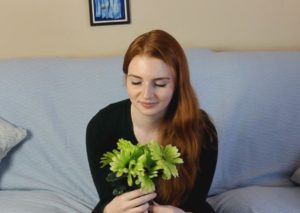