This is the completely remastered version of Ariana’s very first hypnosis session. It was without a doubt one of the best sessions we filmed, with one of the best subjects we’ve worked with. The original release was unfortunately marred by audio issues that really held the video back, but with some upgraded hardware I was able to almost completely fix this issue, and recapture the magic of Ariana’s very first hypnosis session with us.

Ariana quickly proved to be a talented subject, and provided some great reactions to all of the suggestions we tried with her, and there were a lot in this session. Her mental transformations were especially interesting, including her thinking like a cat, chicken, and even a robot. She was also one of the most sensual subjects we’ve worked with, and you really see that in a scene where she poses for the camera, moved by our hypnotic suggestion. 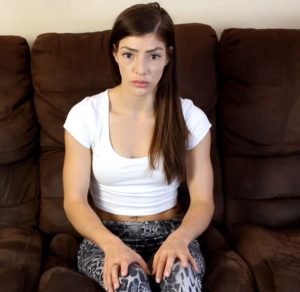 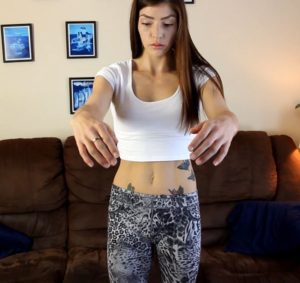